Salvation Is For ALL 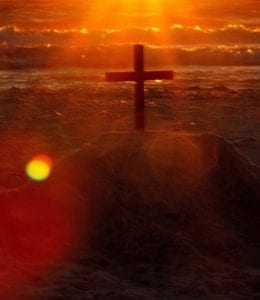 It’s hard to understand when bad things happen to good people and good things happen to bad people but easy to understand when bad things happen to bad people.
Everyone is quick to say they got what they deserved, which may be true, but life happens to everyone, sickness, accidents, tragedies, to the good and the bad. Yet do you think things happen to people because some are bigger sinners than others? Is a murderer worse than a malicious rumor? Is an adulterer worse than a homosexual? Is someone who covets worse than someone consumed in lust? Sin is sin in God’s eyes, He doesn’t rate sin on a sliding scale. He doesn’t want any sinner, which we all are, to perish. That’s why He gave us Jesus, that’s why salvation is free! So many people think their sins are so much worse than others that God can never forgive them and when they hear “repent” thrown at them, they cringe. But there are two parts to repentance, and the first is the most important. People need to repent (change) their opinion of God. He needs to be seen as the awesome Creator and loving Father and Jesus as His Son who paid their sin debt and freely offers grace. Then they can repent (change) from their sins because He will help them do it. Jesus died for all us sinners, salvation is offered to everyone. Don’t get caught up being holier than thou because you have repented and received His salvation but instead get caught up in showing the world who God and Jesus really are that they may change (repent) their hearts toward Them and accept Their marvelous grace!