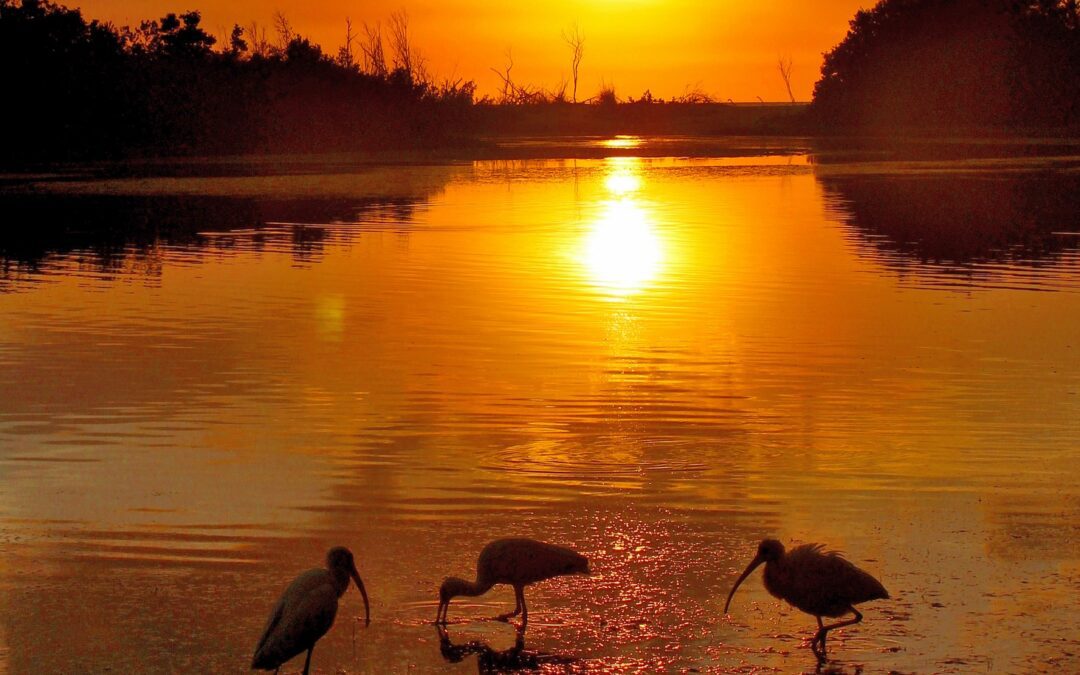 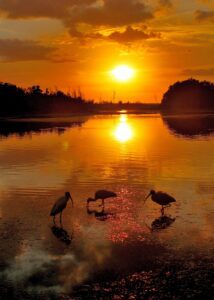 Are you a fan or a follower? Do you cheer Jesus and all His teachings from the sidelines or do you humbly follow and obey Him? Unbeknown to the Sanhedrin, of which they were members, Joseph of Arimathea and Nicodemus were fans of Jesus, which, if the Pharisees and Sadducees knew, would have been a political suicide for them, but they stepped up to the next level when they took and prepared Jesus’ body for burial. They stopped hiding what their hearts told them was true, regardless of the political/social repercussions. What about you? Are you a fan sitting in the bleachers or do you walk your faith on the field? What would someone see if they stalked you for a week? Would they know whether or not you’re a Christian, full or part time? Would they want to know more about Jesus or just change the channel? Talk is cheap, but actions can be costly! For three weeks after Ian, Capri Christian stepped up and let its actions speak volumes. As donations poured in for all the devastated homes on the island, we opened the doors every day to do whatever we could to help ease people’s pain. Supplies and food of every kind were brought in and given out, meals for lunch and dinner were provided by individuals and restaurants, and hearts were softened. The love we profess was evident and felt by all who came in need and hurting. When the needs slowed down and we shifted over to the Community Center, someone said isn’t it good to see the church back to normal! For those three weeks the church was as normal as it gets! Don’t hide your faith. We have what the world needs, Jesus! Don’t just rah rah in the cheap seats, get on the field and let your actions do the talking! 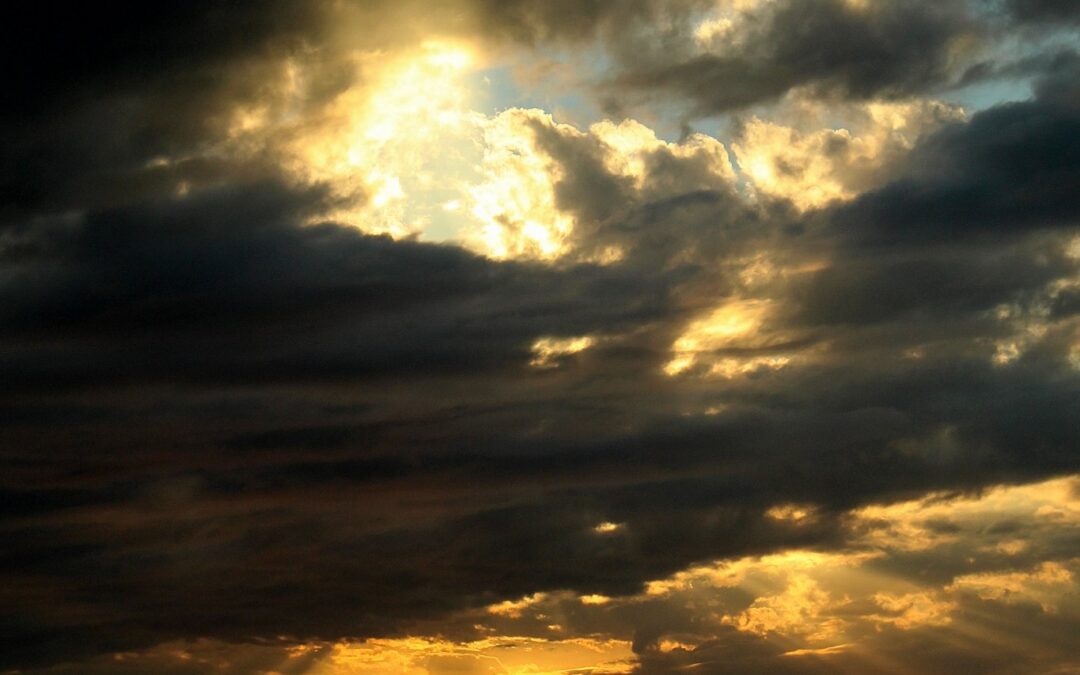 The Temple Is Open 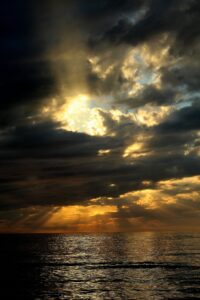 “Do you not know that your body is the temple of the Holy Spirit who is in you, whom you have from God?” Whoa, I’m a temple, that’s heady stuff! But whose temple are you? The rest of that verse, ” … and you are not your own.” If you have accepted Jesus as your Lord and Savior, you have been bought by His blood and belong to God. You’re not just a temple, you are the Temple of the Holy Spirit, and unlike many city churches, the doors to the temple need to be unlocked and open! The temple needs to be used. The Holy Spirit has filled it with His fruit, love, joy, peace, patience, kindness, goodness, faithfulness, gentleness, and self control, and the temple needs to be sharing those fruit as much and as often as possible. We need to leave the speakers in the temple turned up so we can hear His gentle voice and not be afraid of what He might ask us to do. He will never ask us to do something we are unable to do because He will already have equipped us to do it. As Hebrews 13 says,” May the God of peace … make you complete in every good work to do His will.” Jesus said He wouldn’t leave us alone and He didn’t. As promised, God sent the Helper, the Holy Spirit, and He is greater than he who is in the world! Let Him help you, lean on Him, seek His wisdom, share His fruit, listen to His gentle prodding, and keep those temple doors open! 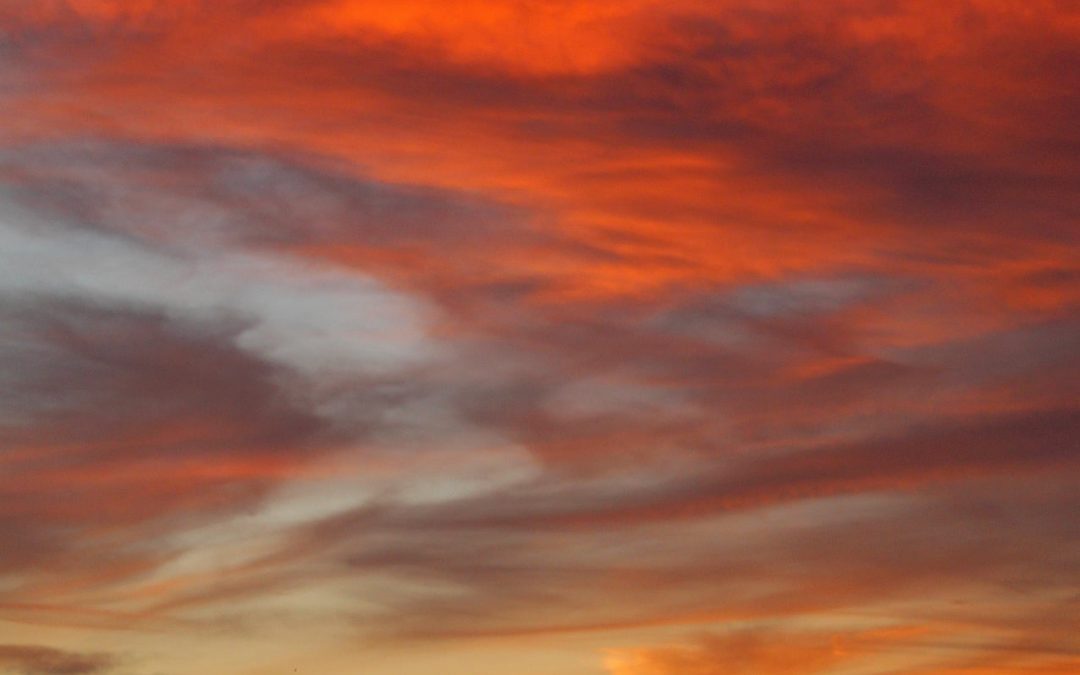 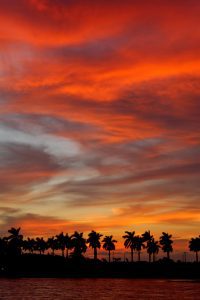 What is the most valuable thing in your life? What can you not live without? What is the first thing you think of when you awake? Apparently, for the average American, it’s their cell phone! I don’t know how or who comes up with these statistics, but supposedly, the average American touches their cell phone 2,617 times each day, spending 2 1/2 hours staring at the small screen! And that’s not counting computers and tv! Technology has trapped the world into instant mindless entertainment and gratification! How many people, as they lie on their deathbed, will be reaching for their cell phones to check how many likes they got on their last, very last, picture? Too many I fear. Instead of the small screen (except for reading this) let’s take a look at King David. A man like us, certainly not perfect (we won’t go into his major blunders), but even in his youth, he was a man after God’s own heart … and God honored him for that! Over and over, David wrote the same theme in Psalms. “My soul longs for You, early will I seek You my soul thirsts for you, I shall be satisfied when I wake in Your likeness, how sweet are Your words to my taste sweeter than honey in my mouth, Your word is wonderful my soul keeps them.” David was sold or souled out for the Lord! We can say we are distracted by the pressures of modern day life and providing for a family, but that doesn’t wash. David had the same to many more pressures than we do, and like us, he failed many times, but he still, as should we, had a heart for God. This life span is miniscule compared to eternity. Get your eyes off the small screen and onto the big picture of forever which starts now with your personal relationship with the Lord! 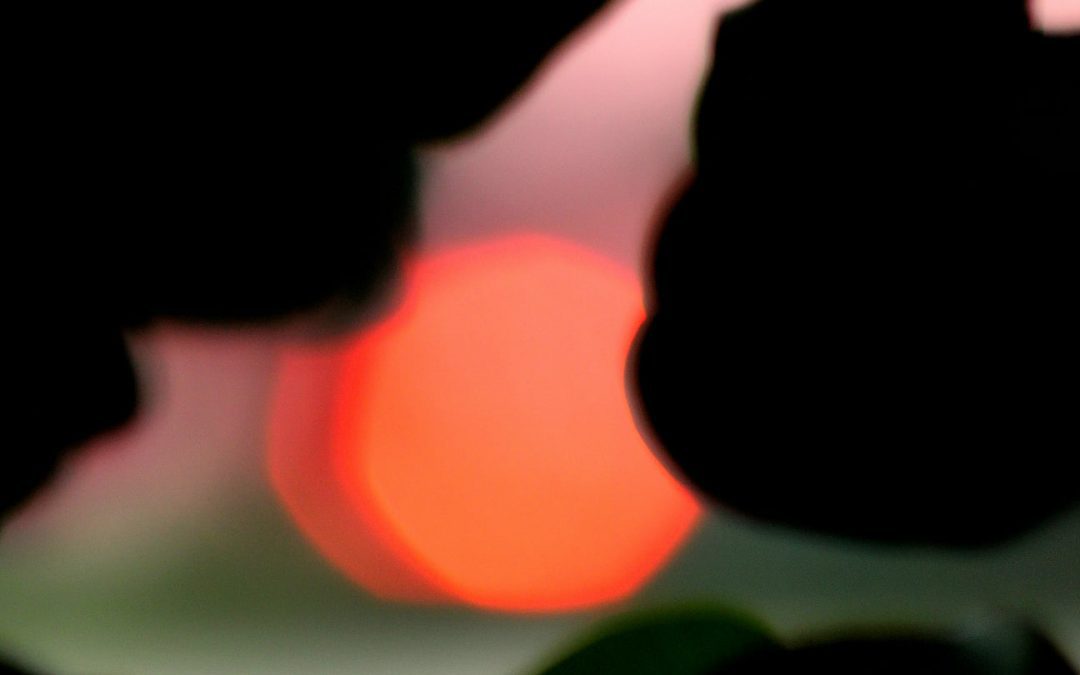 Have a Little More Compassion 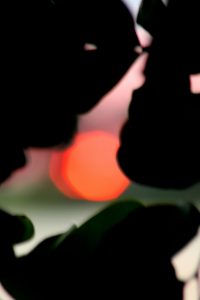 Pastor Wes finished his two part sermon, Compassion on the Crowds yesterday with some challenging thoughts. While we may be willing to serve in many different areas, what prevents us from really stepping out with compassion on the crowds? Is it a lack of faith? We have faith that He saved us, we believe He loves us, we have witnessed His hand on our lives in a personal way time and again, and we see His awesomeness everyday in His magnificent creation all around us. There is no doubt that all things are possible with Him! So do we think if we step out He won’t be with us? If we try to do things in our own strength, maybe, because He doesn’t want us trying to do the impossible without Him! He wants us to lean on Him in everything. He’ll give us the strength we need, He’ll be there to pick us up if we fall. It doesn’t matter to Him if we fail, only that we try. He will never leave us nor forsake us, whether we win or lose! I know I can’t have compassion on the crowds without Him. When Jesus asks you to love someone who seems impossible to love, offer what you can and allow Him to do the rest. He knows your talents, He gave them to you. If you have two bad knees, He won’t ask you to run the hurdles! Be open, be willing, seek His strength daily, and He will bring the crowds to you and fill you with enough of His compasson to love them! 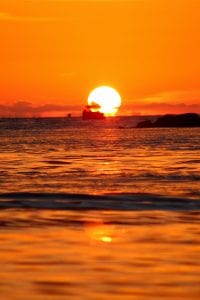 “Who do people say I am?” Jesus asked His disciples. That was an arbitrary question with an inconsequencial answer. The real question was when He asked them, “Who do you say that I am?” Peter got a 100% for his answer, but what about you? “Who do you say Jesus is? Many people tread lightly over that question. Oh, He was a great teacher or a really good man. New agers say He is one of many spirit guides that you can channel?!? In this world, everything is not always black and white, there are many gray areas, but not this! The answer is black or white, not a tint of gray anywhere. Jesus is either who He said He was … or not. There is no middle ground. He is the Son of God or a majorly deluded person. He can’t be a great teacher and all around good guy if He was going around lying to everyone.You either write Him off or accept Him gladly. There are so many choices available today from models of automobiles, different fast food options, hundreds of tv channels, to thousands of apps for your phone, isn’t it nice that there is only one choice to get in to heaven? You accept Jesus’ redeeming grace or you don’t. Really quite simple. One day you will be held responsible for your answer to who do you say Jesus is. The smart money is on He’s the Son of God and my Lord and Savior. If that’s not your response, you might want to look into why it isn’t?